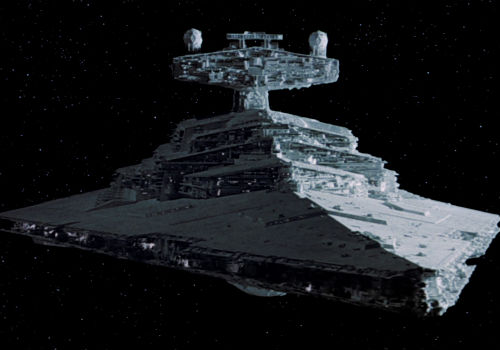 It’s been a week since the latest Star Wars The Force Awakens trailer was released and the world as we knew it changed forever. Since then there has been an regular deluge of reaction videos, and the short trailer has been dissected to death. Some people out there are already trying to make money off of all the excitement, including one salvage dealer who has taken to Craigslist to see if he or she can unload their old junker to make a few extra Imperial credits:

The ad is full of accurate factoids. For example, the Star Destroyer is 1,600 meters in length. It’s interesting that they use the Metric system instead of Imperial. The features are laid out quite alluringly for anyone looking to buy. It’s “fully equipped with LeGrange targeting computers, heavy ion cannons, Phylon Q7 tractor beam projectors, leather bucket seats, and a 15-disc CD changer.” While the craft is said to be in working order, the owner does say that it may need a new serpentine belt. Buyer beware.

Update: The posting has since been removed from Craigslist. Maybe it had bigger problems than a worn out serpentine belt.