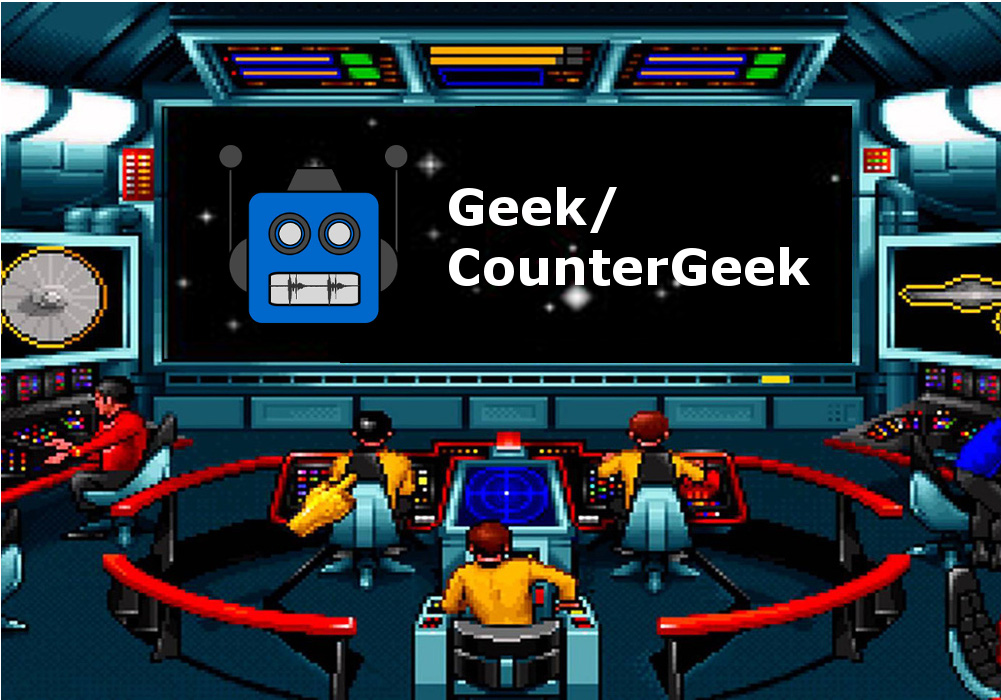 Starting on Monday, February 16th we’ll have another new show here at Gabatron: Geek/CounterGeek with Elliott Serrano and Keith Conrad. Every week, Elliott and Keith will tackle the tough questions facing modern geekery. “Was Douglas Quaid dreaming in Total Recall?” (The Arnold Schwarzenegger Total Recall, not the… other one) “What the hell was George Lucas thinking with the Midi-chlorians?” These are just some of the questions that will be up for grabs.

Elliott Serrano is the Geek to Me columnist for RedEye, he also writes comic books, most recently the “Army of Darkness” monthly series for Dynamite Entertainment; hosts a number of shows on YouTube; is a former “geek-dating & relationships” columnist for BleedingCool.com; and is the former associate editor and graphic artist for the comic & pop-culture website ComicsWaitingRoom.com.

Keith Conrad got his first job in radio in Huntsville, Alabama the day after the 2000 Presidential election when he was a freshman in college. He’s produced radio shows in Huntsville, Milwaukee, WI, Atlanta, GA and finally back to his hometown of Chicago. Currently he lives in Chicago’s Edgewater neighborhood steps away from the Red Line. The train goes by so often you don’t even notice it.