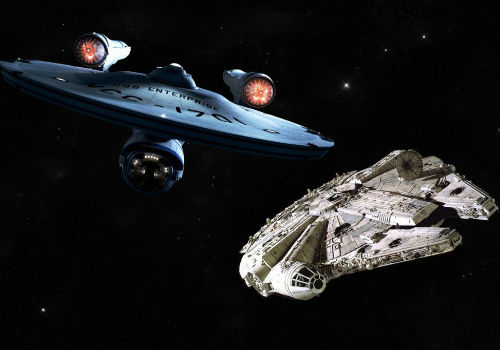 Keith is impressed with Jessica Jones on Netflix, but Elliott wishes they had been a little more faithful to the comic books.

Elliott is getting caught up on Star Wars Rebels and wonders if Ezra is being brought along a little too quickly. Keith meanwhile wonders how they are going to tie Ezra and Kanan into the existing universe, of if they are both basically doomed.

Meanwhile, Neil deGrasse Tyson’s show on NatGeo set off a firestorm of Internet Fanboy controversy, when he told a viewer that the USS Enterprise would clearly win in a fight with the Millennium Falcon. Keith agrees, and while Elliott concedes that’s probably true in a fight, he believes the Falcon is superior in other ways.