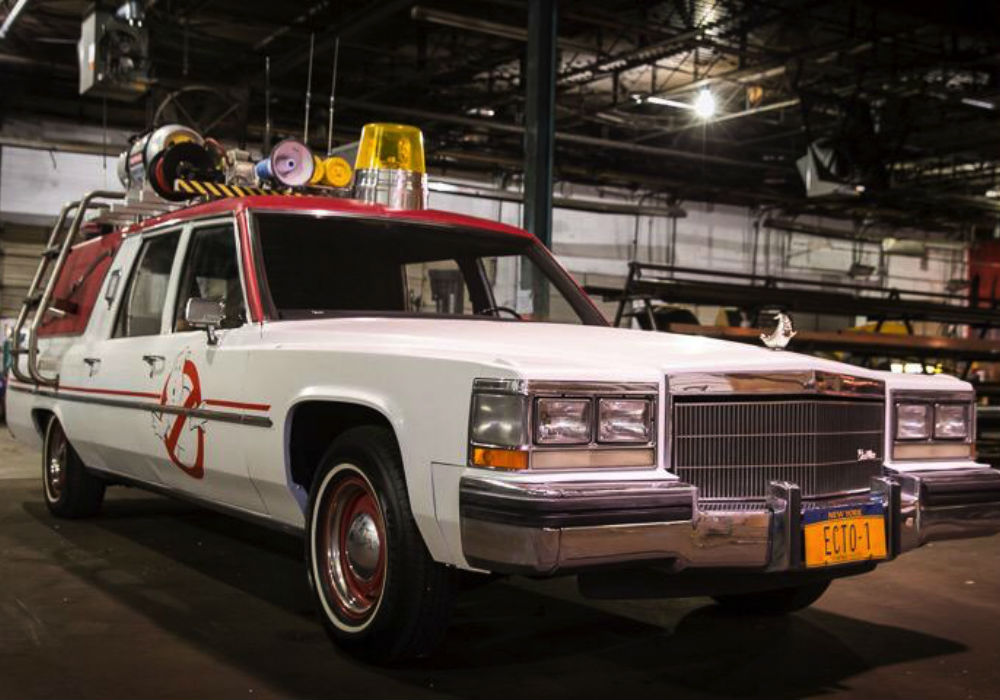 Paul Feig Gives Us A Glimpse Of The New Ecto-1

There’s been a steady drip of information about the Ghostbusters reboot recently. We learned a few weeks ago that Chris Hemsworth will be joining the cast to take over the sassy receptionist role, who I can only assume will be named “Gene Melnitz.” Which of course begs the question, who will be playing the dorky and socially awkward accountant/night school lawyer “Louise Tully?” (Actually, Hemsworth’s character is named “Kevin”)

Now that the movie is filming, we’ve seen some set photos and now Paul Feig is Tweeting out pictures to give us a glimpse at the recognizable but also very different new world of the Ghostbusters. He’s shown us their new uniforms, and even detailed pictures of the new proton packs. But now we’ve had a chance to see the most important member of the cast, Ecto-1:

I like it a lot. I always liked the late 1950’s vibe of the original Ecto-1. Just FYI, the original was a 1959 Miller-Meteor Cadillac Commercial vehicle which was sold for use as both an ambulance and a hearse. This car looses a bit of that charm, but it’s worth pointing out that it looks like it’s a car from the late 70’s or early 80’s, so it’s roughly the 2015 equivalent of using a 1950’s car in 1984. So I’m certainly OK with them going with a newer vehicle. It’s a contemporary re-imagining of the story, after all. Your thoughts?