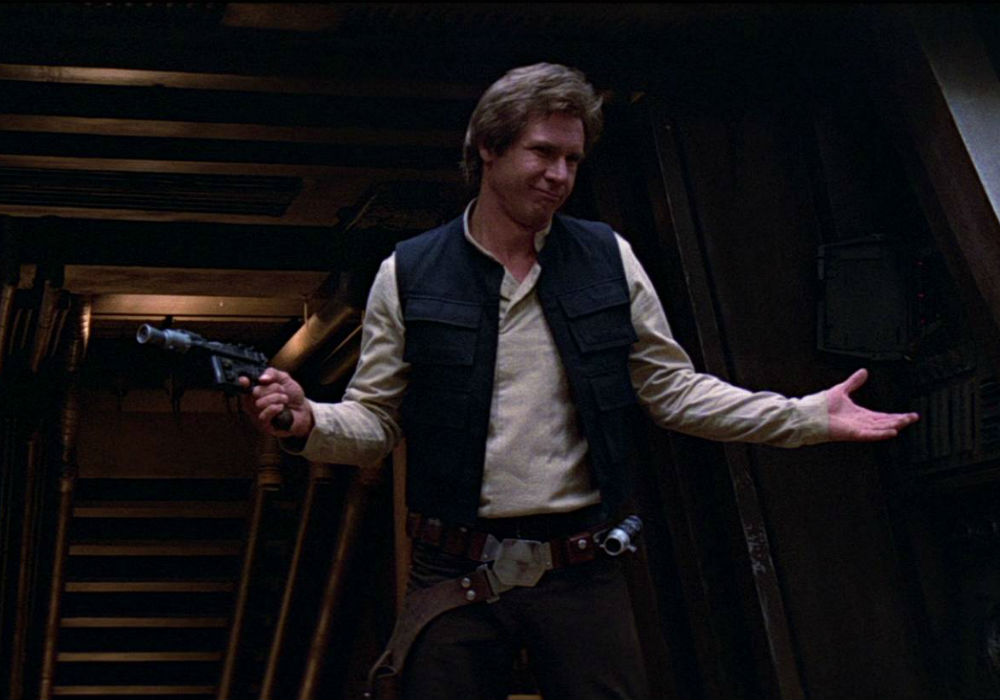 Big news from a galaxy far, far away. The LEGO Movie directors Philip Lord and Chris Miller have been hired to direct the second Star Wars Anthology film, which will be based on a young Han Solo. While this is sad news for people like me who liked the totally far-fetched rumor that Mace Windu survived and would be getting his own Anthology story, it’s still pretty great news. It was first reported by The Hollywood Reporter and later confirmed on the official Star Wars website. In a statement on StarWars.com, the Lord and Miller said:

“This is the first film we’ve worked on that seems like a good idea to begin with. We promise to take risks, to give the audience a fresh experience, and we pledge ourselves to be faithful stewards of these characters who mean so much to us. This is a dream come true for us. And not the kind of dream where you’re late for work and all your clothes are made of pudding, but the kind of dream where you get to make a film with some of the greatest characters ever, in a film franchise you’ve loved since before you can remember having dreams at all.”

“It’s not just any filmmaker who can tell the story of such a beloved icon like Han Solo, and I’m excited to say we’ve found the perfect team to handle the task. Larry and Jon know all there is to know about the character, and Chris and Phil will bring their wit, style, energy and heart to tell Han’s story.”

The film will be written by the Star Wars brain trust of Lawrence and Jon Kasdan. It will reportedly focus on an early Han Solo adventure. Obviously it will be before he became the smuggler with a heart of gold that we all know and love, so it will be “Han: The Scruffy-looking Nerf Herder Years.” There’s no word on casting yet, but if Chris Pratt is rumored to be in the running to play Indiana Jones, I’ve heard people say that Indy looks a lot like Han Solo. I’m just sayin’.

I do have some mixed feelings about learning too much about the back story of Han Solo. To me part of what made him most interesting was always mystery surrounding him. What do you think?