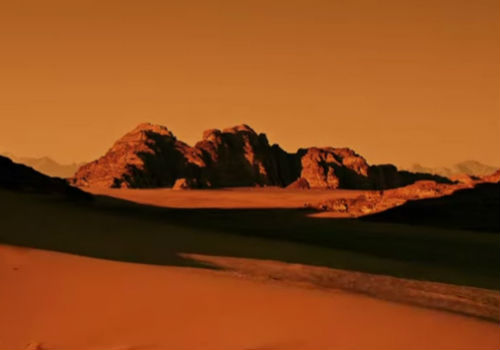 “The Martian” Trailer Is Released

Just a day after a viral video introduced us to the cast of Ridley Scott’s The Martian, we now have our first full trailer. NASA botanist Mark Watney (Matt Damon), who had so much fun needling his crewmates in the previous video, is left behind on Mars when a dust storm hits their base and he is lost in the evacuation. The world thinks he’d dead and he has about a month of supplies, so, in order to survive, he has to “science the shit” out of things to make it the four-ish years it would take a rescue mission to get there.

The cast looks amazing, with people Jessica Chastain, Sebastian Stan and Jeff Daniels showing up, but even more interesting is the casting of Donald Glover and Kristen Wiig in much more serious roles than we’ve seen them in before. The Martian will land in theaters on November 25th.