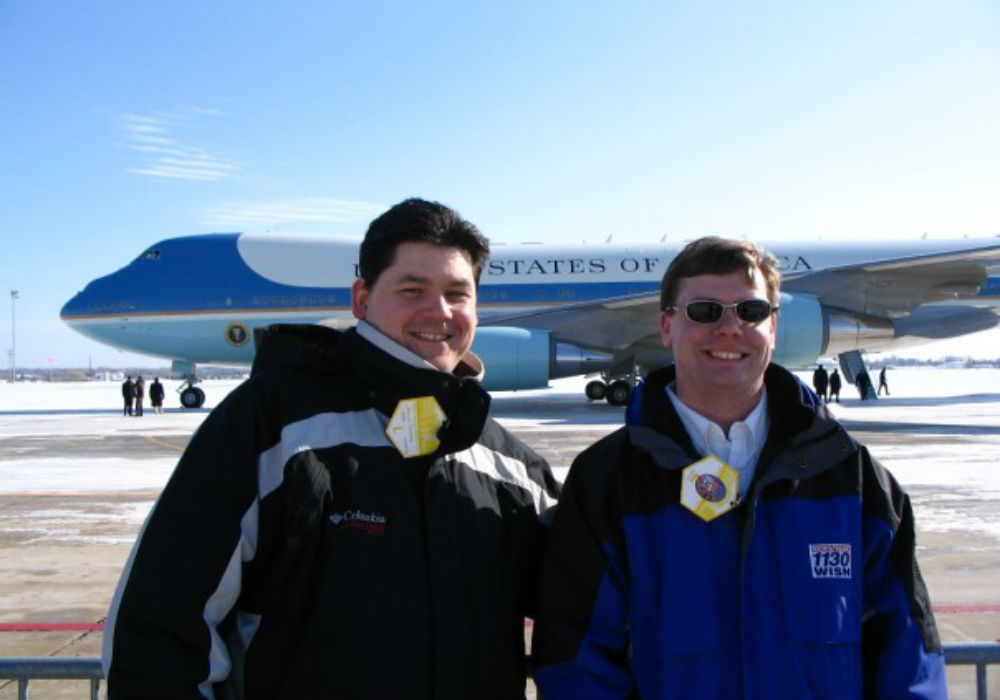 The US Air Force has announced that Boeing will build a fleet of three aircraft based on the 747-8 to serve as the next Air Force One. I figured this was a good time to go full Cliff Clavin, and give you a rundown on the history of Air Force One.

FDR was the first President to travel by air in an official capacity. It was during WWII, and the Secret Service didn’t like the idea of sending the President on a ship because of all of the German U-Boat activity. So the Air Force modified a C-54 Skymaster for Roosevelt, complete with sleeping quarters, a radio telephone and a retractable elevator for Roosevelt’s wheelchair. The plane, nicknamed the “Sacred Cow,” carried Roosevelt on several important missions, including the historic Yalta Conference.

There was a lot of change in terms of Presidential aircraft over the next several years. Harry Truman upgraded to a military version of a DC-6. President Eisenhower upgraded to a Lockheed Constellation, that was found just a couple of years ago rotting in the Arizona desert.

Late in Eisenhower’s administration, the Air Force purchase a Boeing 707 for use as the Presidential airplane. They upgraded to a longer range version during the Kennedy administration, and he wasn’t wild about the paint scheme so he commissioned industrial designer Raymond Loewy come up with a new livery. It was so popular that it’s still in use today. The fleet of Boeing 707’s was transported every President from Kennedy to George W. Bush before the last one was finally retired late in the second Bush administration after a few years of playing second fiddle to the current Air Force One.

The current Air Force One entered service in 1991 under President George H.W. Bush. It is a Boeing VC-25, a military variant of the 747-200. It’s not your ordinary 747 though, with a number of improvements, including aerial refueling capability and anti-aircraft missile countermeasures. The electronics on board are connected with approximately 238 miles of wiring, which is twice that of a regular 747. All wiring is covered with heavy shielding for protection from an electromagnetic pulse in the event of a nuclear attack. The aircraft also has electronic countermeasures to jam enemy radar, flares to avoid heat-seeking missiles, and chaff to avoid radar-guided missiles. There are also other features, but those are top secret.

It was a great airplane when it rolled off of the assembly line, but it wasn’t even state of the art then. Today the 747-200 is a very old plane: the last one was built in 1991, and newer aircraft are far more fuel efficient, technologically advanced. The 747-8 actually incorporates a lot of new technology that was developed for the 787, including that cool new engine nacelle design.

Of course in fairness, it will take so long to get the new ones up and running that by the time they actually fly a President for the first time, there will be parts of it that will already be out of date. That’s just the nature of government work.

Obviously the best news is that the airplanes will still look similar enough that Air Force One with Harrison Ford will still be a relevant film for the next generation.