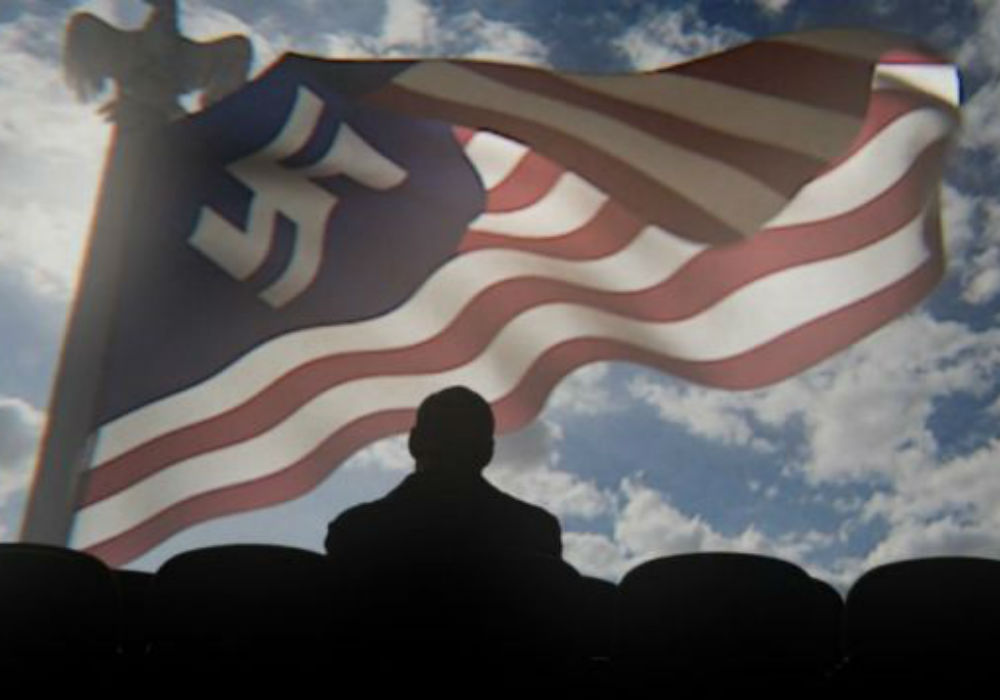 Will “The Man In The High Castle” Fill The BSG-Shaped Hole In My Heart?

Just days ago we celebrated the 10th anniversary of the series premiere of SyFy’s “re-imagining” of Battlestar Galactica. (Entertainment Weekly had two great pieces on the subject, you can read them here and here)  Maybe it’s because I had recently read about the anniversary, but I kept thinking of BSG while I was watching Amazon’s pilot for The Man In The High Castle.

I love a good serial drama. Especially serial dramas with short runs that know they have a certain story that they are going to tell with a beginning, middle and an end. They tell the story they want to tell and then they are done… no stretching 10 episodes worth of story into a 24 episode season. No extra seasons tacked on when they’ve already resolved everything because the network renews them at the last minute (I loved Chuck, but that last season was a bit of a mess). Battlestar Galactica did that… sure, for the first couple of seasons it was perpetually on the bubble, but right about the time the show had settled in the writers said they needed to know how many seasons they would have so they could wrap up the story the right way.

When I first heard that The Man In The High Castle was being developed as a series, I was a little worried. The source material is less than 300 pages, after all. But Amazon is producing the series… or at least they will, if it makes it past “Pilot Season.” Netflix produced House of Cards and it was a huge hit. Even though it’s raking in awards and theoretically more customers for Netflix, it will only be three seasons. Amazon should use the same strategy for The Man in the High Castle. After all, unlike network TV it’s not like they are worried about making enough episodes to be syndicated one day.

So two simple pleas to Amazon: a) Pick up the pilot as a series. b) The day you pick it up, also tell the writers exactly how much real estate they have to work with.

That having been said, the pilot is great and could actually be Amazon’s House of Cards. It’s a very different type of story, but it’s a very interesting world that they’ve created already after only an hour.

For those who are unfamiliar with the Philip K. Dick story, it’s an alternate history where the Axis Powers won WWII. The story begins a generation later in 1962. The US is divided in much the same way Germany was in real life, except on a much larger scale. Germany and Japan control it, and much like the US and Soviet Union, they don’t like each other much. Hitler is basically ruling the world, and it’s such a messed up place that he is actually the only thing keeping war from breaking out… once the old man kicks it, which is expected to be soon since he’s now 73 and in poor health, all hell is expected to break loose.

That’s all the same as the source material. There are a few differences though. I don’t think it spoils anything to say that The Grasshopper Lies Heavy, the book read by many of the characters that describes a world where the Allies won WWII, is actually a series of propaganda films, which somehow shows our world’s version of the war. I thought that was an interesting choice by the writers, and it will be interesting to see what impact that has on the story moving forward. Was it all made on a movie set or are they some glimpse into an alternate reality?

Some may be bothered by the changes, but I thought they all worked pretty well. Another great choice by the writers was the lack of explanation of the world of The Man In The High Castle. The opening sequence gives a pretty good rundown of the situation though. You pick up on many of the details as you go, and it’s a very interesting world that Philip K. Dick and the screenwriters created. Watching the pilot, I found myself hoping that it gets picked up as a series just to see more of it. That’s the first time that’s happened to me since I was watching the BSG miniseries just about a decade ago.