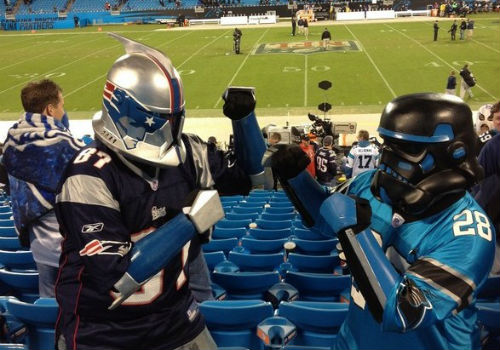 Geek/CounterGeek – #26: Is Star Wars Bigger Than The NFL?

More Muppet nudity? Sesame Street has announced that they’ll be moving to HBO next season.

There was a massive amount of news out of D23 this weekend. In addition to a significant amount of Marvel news, fans learned that not only will there be a 5th Pirates of the Caribbean movie, but Orlando Bloom will be returning.

There was also plenty of Star Wars news, with Rogue One casting news and an amazing new poster for The Force Awakens. Keith has some concerns about the forthcoming movie, but all of the news has Elliott feeling pretty smug, even wondering if the geeks will inherit the Earth.

Geek/CounterGeek – #26: Is Star Wars Bigger Than The NFL?
Episode 58