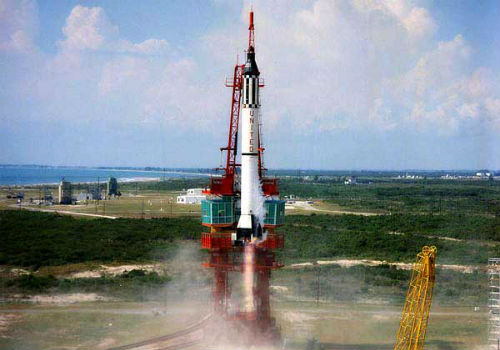 Fifty four years ago today, Alan Shepard Jr. became the first American in space flying aboard the Mercury capsule Freedom 7. Shepard and his ship lifted off atop a Redstone rocket from Cape Canaveral Air Force Station’s Launch Complex 5 and followed by a successful splashdown in the Atlantic after a flight lasting just over 15 minutes.