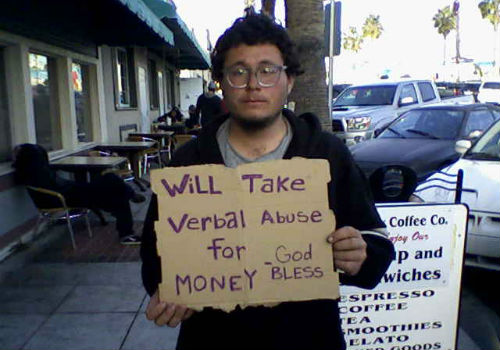 Gabatron – #12: The Panhandlers Strike Back

Keith Conrad had a run-in with the most aggressive panhandler in the history of aggressive panhandlers. Dan Levy believes that Keith’s snarky response may ultimately result in reprisals from the panhandler community which seems to dominate Keith’s neighborhood. Speaking of panhandlers, the guy who dresses up as Cookie Monster in Times Square was arrested for groping a teen. Not that we would ever accuse the people in Keith’s neighborhood of doing something like that.

Gabatron – #12: The Panhandlers Strike Back
Episode 30