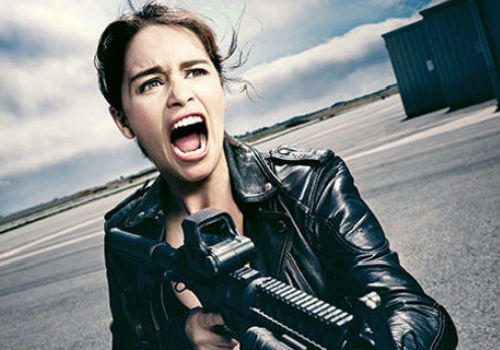 The first trailer for Terminator Genisys did not tell us much about the story, other than the fact that this movie would re-boot the series. I for one was pretty excited to see the franchise get a fresh start. I was worried though that going through a Star Trek-like re-boot that tried to tie it into the original canon would just be too messy and complicated.

Now they have released the second trailer ahead of the release on July 1st and we’re introduced to the villain… John Connor. We still don’t have any details, but it would appear to me that Connor was captured by Skynet and reprogrammed. The same way oh so many Terminators were captured and reprogrammed throughout the course of the saga. Wearing that suit John Connor looks like a politician ready to shake some hands and kiss some babies. Ya know, before ripping their throat out through their ear.

It certainly adds an interesting twist to the story, and makes the whole saga a little darker. I was very disappointed in Terminator Salvation… just like everyone else on planet Earth… but I’m very excited to see where this new re-boot takes things.