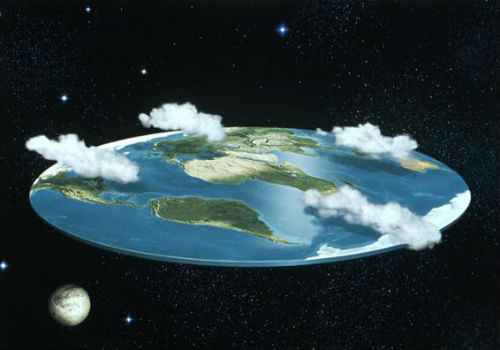 Geek/CounterGeek – #45: Is The Earth Really Flat? (Spoiler Alert: It’s not)

Elliott Serrano and Keith Conrad tackle the debate the captured the world’s attention this week: Is the Earth really flat? Believe it or not, this is actually an issue. Rapper B.o.B. went on a Twitter rampage during the week claiming that we’ve all been duped and he could prove the Earth is actually flat. Neil deGrasse Tyson quickly refuted the allegation, just in case you were worried about it.

Star Wars: Episode IX director Colin Trevorrow says that he would like to shoot part of the movie in space, which would be a first for a Star Wars movie. Wouldn’t that be a bit of a waste of time, money and effort though?

The X-Files are back, to some mixed reviews. Elliott and Keith shared their thoughts on the revival.

Plus, Keith found himself in the middle of a raucous debate over the weekend, with friends wondering who the superior spy is: James Bond or Jack Ryan.