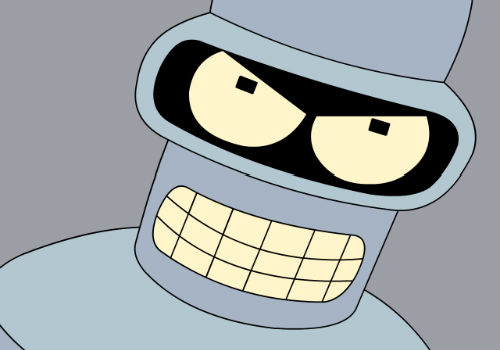 Geek/CounterGeek – #43: Is The Robot Uprising Inevitable?

NASA has announced that they’ve opened an office that will focus exclusively on making sure that we find any space rocks that might obliterate life on Earth as we know it. Elliott and Keith both agree that’s a wise investment.

An eight year old girl from Evanston took on the mighty Hasboro toy empire and won. Carrie Goldman wrote a letter to them for leaving the character of Rey out of their Star Wars The Force Awakens Monopoly set. Rey is basically the most important character in the film, so it’s a little perplexing why they’d leave her out. Carrie wrote in adorable eight year old handwriting that “boys and girls need to see women can be as strong as men.” Hasboro says that a new version of the game with Rey will be available later this year.

Plus, a sci-fi author says that by the year 2040-2055 there will be so many artificially intelligent lifeforms out there that a robot uprising is inevitable. Elliott thinks that may be overly optimistic, and it will happen much sooner than that, while Keith believes we will never have to worry about our robot overlords taking over.