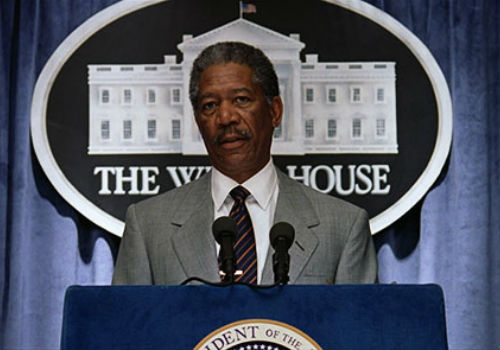 Geek/CounterGeek – #40: Which Fictional POTUS Would Be Best In The Oval Office?

They’ve released the first trailer for Independence Day Resurgence. Keith is pleasantly surprised and might actually see it when it comes out in June. Meanwhile, Elliott points out a disturbing fact about President Whitmore in the original 1996 movie.

Speaking of Presidents, Donald Trump told a reporter that he really like the way Harrison Ford stood up to terrorists in the movie Air Force One. Ford reminded Trump that it was a movie, not reality. All of this talk of fictional Presidents got Keith and Elliott discussing which fictional POTUS they’d like to see in the Oval Office.

Plus, as the entire world prepares to pause briefly to watch Star Wars The Force Awakens, Elliott and Keith share some final predictions for the movie. They both hope they’re wrong.

Geek/CounterGeek – #40: Which Fictional POTUS Would Be Best In The Oval Office?
Episode 81