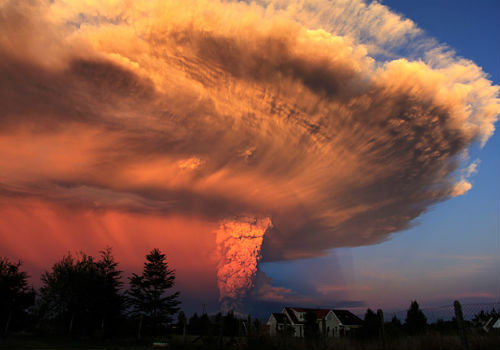 Last April, Chile’s Calbuco volcano erupted for the first time since 1972, much to the surprise of scientists, government officials and frightened citizens alike. The folks at Timestorm Films just recently released a gorgeous 4K timelapse of the eruption. High-definition footage of billowing clouds of ash, combined with ominous music, make for one amazing two and a half minute video.