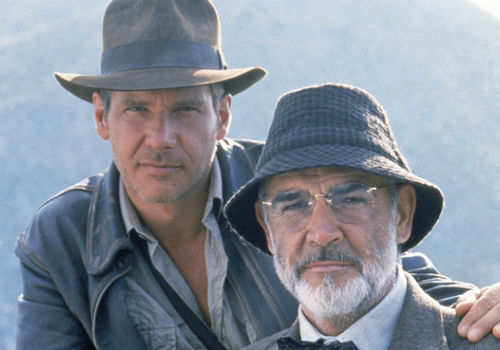 Geek/CounterGeek – #11: In Defense Of The Threequel

Fresh off of his trip to California for Star Wars Celebration, Elliott Serrano shared his experience and also his reaction to the new teaser trailer for The Force Awakens.

C2E2 landed in Chicago over the weekend, so Elliott is also taking one for the team by attending a second convention in as many weeks. If he doesn’t end up with Con Crud, it will be a miracle.

In other geek-related news, Netflix has announced that DareDevil will be returning for a second season. Skinner will be returning to The X-Files. Plus, we may have a title for the third installment of the Star Trek re-boot. Elliott has voiced his disappointed in Star Trek Into Darkness many times, so he isn’t optimistic for the third movie in the new series. But Keith Conrad does believe there is reason for optimism.

Geek/CounterGeek – #11: In Defense Of The Threequel
Episode 32