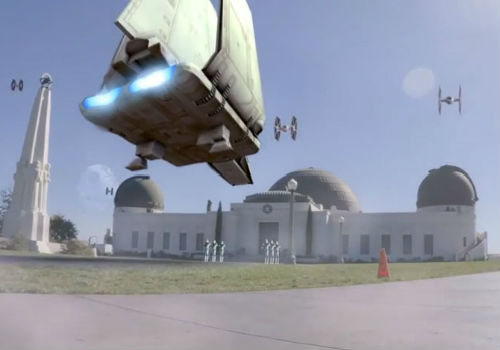 A two-minute video from visual artist Kaipo Jones features a galactic battle that could be straight out of a “Star Wars” film, except this one is right in the middle of Los Angeles. Starfighters, Walkers and even a Jedi appear in front of prominent landmarks, including Griffith Observatory, Santa Monica Pier, Los Angeles International Airport and the Walt Disney Concert Hall.