Two Naval Aviators and two Senators desperately try to make sense of the world around them after a jet fighter is chased by a giant flying Tic-Tac. They will try and solve the question of whether or not we are alone in the universe. All four head into an uncharted region well off the beaten track in the darkest corner of The Fake News Fairytale.

Written by: Keith Conrad (With apologies to Rod Serling) 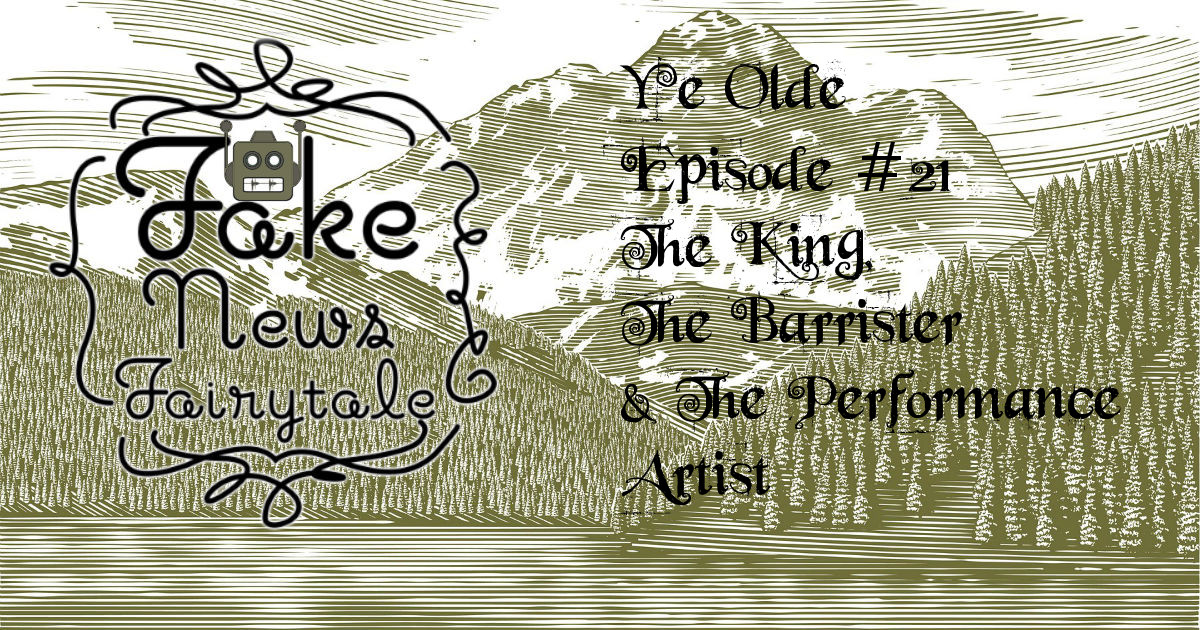 Fake News Fairytale – #21: The King, The Barrister & The Performance Artist