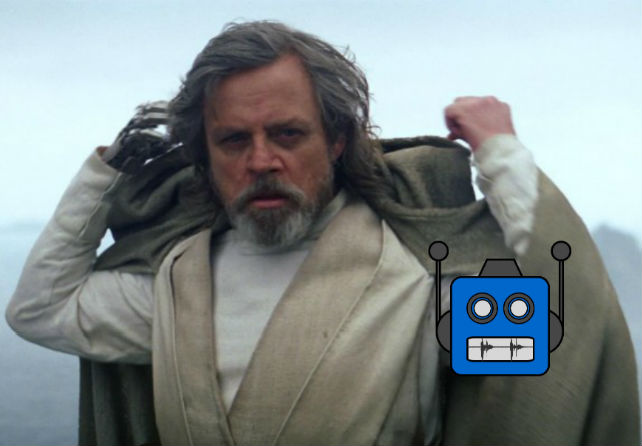 Star Wars Episode VIII officially has a name. Star Wars: The Last Jedi. Naturally, people are speculating about what this could mean. Elliott Serrano and Keith Conrad debate whether or not the name suggests Luke Skywalker will actually have dialogue in this film.

Meanwhile, CBS and Paramount have settled their lawsuit against the folks making Axanar. The film’s producers will have to make “substantial changes to resolve this litigation.” In short, that means it will be a much less ambitious project than the creators originally planned.

Plus, Peter Capaldi announced he’d be leaving Doctor Who after the 2017 Christmas special. Who among us hasn’t felt like regenerating after the holidays? Elliott does not take the news well, but he and Keith have an interesting short list for potential replacements.