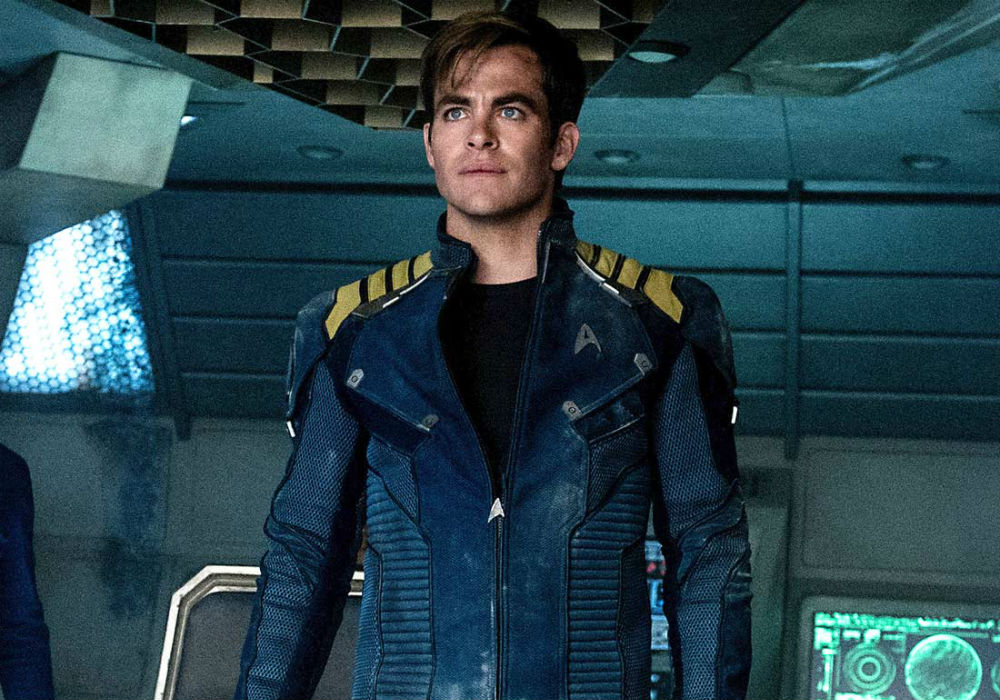 The Star Trek family was rocked by the sudden death of actor Anton Yelchin over the weekend in a freak car accident.

Meanwhile, the rest of the cast is getting ready for the promotional push ahead of the release of Star Trek Beyond. Chris Pine said that, while the JJ films have tried to touch on “demanding questions and themes”, it’s just not possible to make a movie without “wham-bam explosions and planets blowing up”.

Chris Pine spoke about how Star Trek can compete in the modern cinema marketplace.

“You can’t make a cerebral Star Trek in 2016. It just wouldn’t work in today’s marketplace. You can hide things in there – Star Trek Into Darkness has crazy, really demanding questions and themes, but you have to hide it under the guise of wham-bam explosions and planets blowing up. It’s very, very tricky. The question that our movie poses is “Does the Federation mean anything?” And in a world where everybody’s trying to kill one another all of the time, that’s an important thing. Is working together important? Should we all go our separate ways? Does being united against something mean anything?”

Elliott and Keith discuss whether or not movie audiences can wrap their heads around big ideas in 2016, while Keith wonders if Star Trek was ever really all that cerebral to begin with.