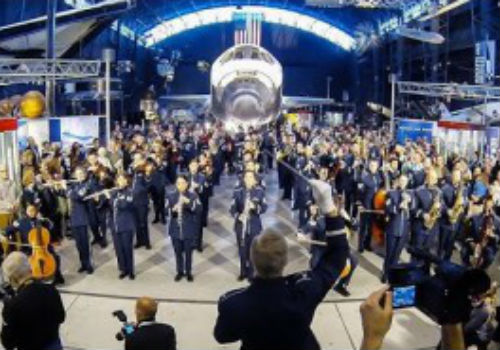 Just because this video is a year old doesn’t make it any less entertaining. Last year, The United States Air Force Band surprised guests at the Smithsonian’s National Air and Space Museum with a very magical flash mob. After one airwoman began playing music, countless others in the crowd dropped their coats to reveal that they were also members of the Air Force and played some beautiful Christmas music.