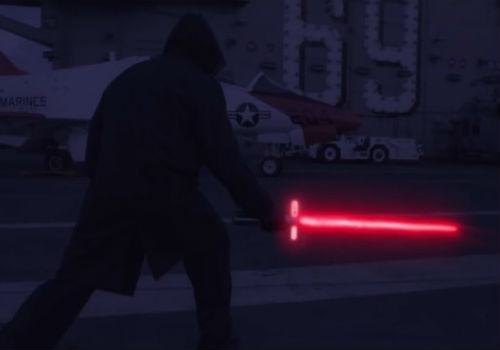 It’s called Sea Wars: The IKE Awakens (I see what they did there). The video replaces the Jakku desert with the ocean, BB-8 with a janitor’s wavebrake, Poe Dameron’s X-Wing and the Millennium Falcon with a Navy jet, and Rey’s speeder with flight deck equipment.