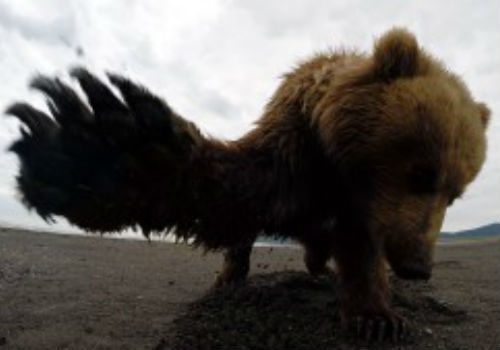 Bears of all kinds can be found across the United States. But they really run free and rule in Alaska where the human population density is so small. Naturalist Brad Josephs daringly traveled the giant northern state and bumped into some grizzly bears. He captured the intense scene on his GoPro which is going viral.