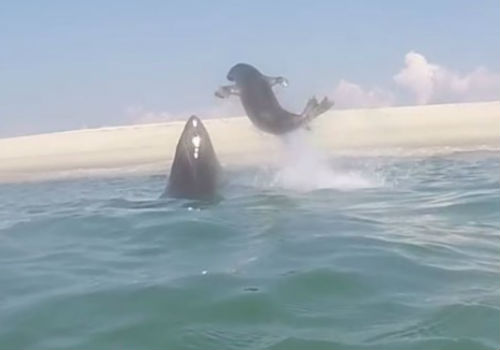 The Atlantic White Shark Conservancy on Monday posted video of a seal jumping out of the water to evade a breaching great white shark. The dramatic “failed predation attempt,” as the conservancy called it, occurred off Chatham’s Monomoy Island, in the waters off Cape Cod. The encounter was filmed by shark expert Greg Skomal, of the Massachusetts Division of Marine Fisheries, using a GoPro camera.