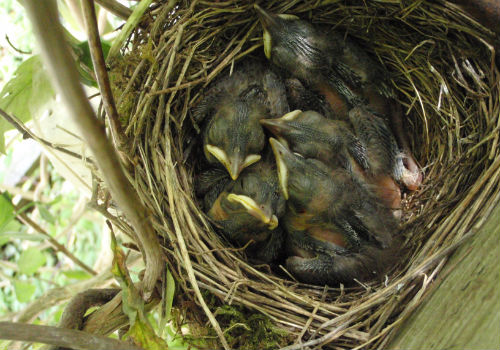 A YouTube user noticed a blackbird’s nest in his garden that had four eggs, so he placed his trusty GoPro camera above the nest to record Mother Nature in action. A few days later, the eggs hatched, and he captured the adorable footage of the four baby birds begging mama for some yummy worms for breakfast. Well, it’s adorable unless you’re a worm.