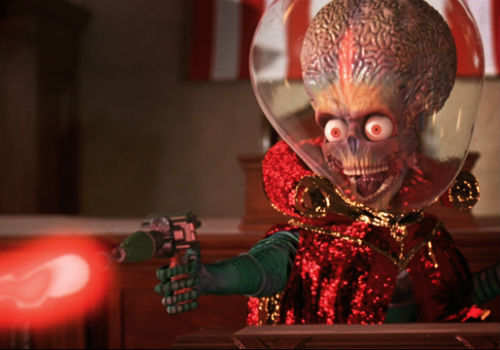 Adam West, Burt Ward and even Julie Newmar will all be returning for a special animated reunion of the 1960’s Batman TV series. The Batman series is celebrating its 50th anniversary next year.

We are beginning to get more information on the return of The X-Files, including the status of a couple of beloved characters. David Duchovny told David Letterman last week that both Skinner and the Cigarette Smoking Man will be appearing in the limited-run series.

Plus, last week the Japanese Minister of Defense told their parliament that they are prepared for any alien invasion that might happen. He also added that the Japanese government has never had any contact with aliens. Naturally, this led Elliott Serrano and Keith Conrad to chat about the best (and the worst) fictional alien invasions of all time.