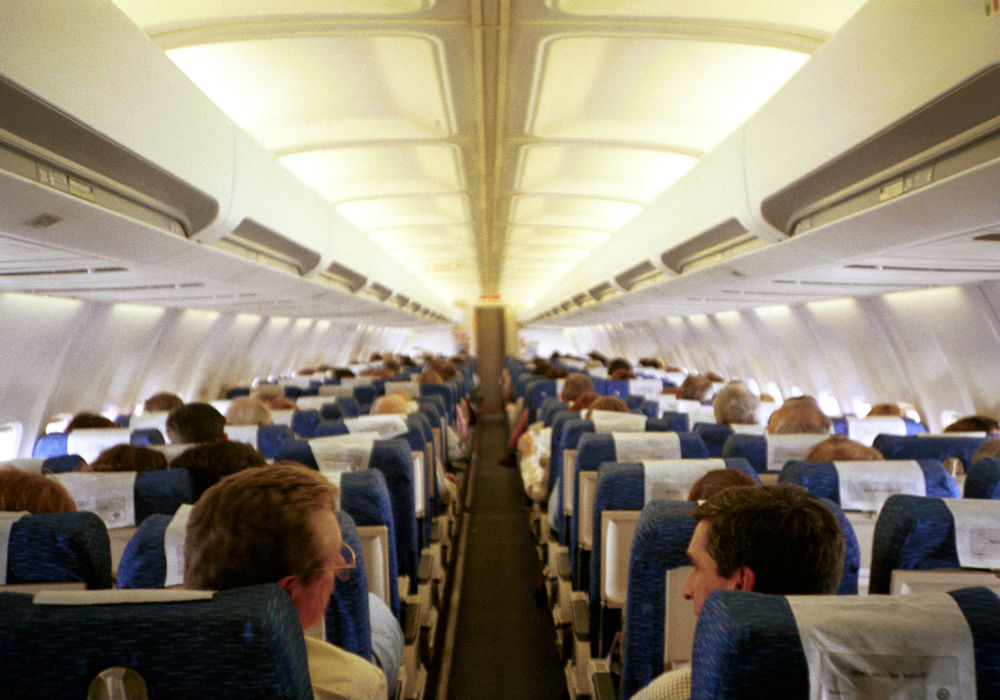 Senator Chuck Schumer wants to require the Federal Aviation Administration to establish seat-size standards for commercial airlines. He says right now airlines force passengers to sit on planes “like sardines.” Of course there are some plans to have passengers stand. It seems to me that’s more of an issue between the airlines and their customers. I’m not sure why the government would need to get involved.

Chris Christie introduced Donald Trump at an event in Texas after his endorsement. Trump was caught on open microphone telling Christie to get on his plane and go home.

That may or may not have had something to do with the fact that Christie didn’t have very nice things to say about Trump when he was still running.

Gawker tricked Donald Trump into retweeting a quote from Italian Fascist dictator Benito Mussolini saying that it was actually a Trump quote. It was the culmination of three months worth of work on Gawker’s part. Two employees created a Twitter account that Tweeted Mussolini quotes attributed to Trump. Chuck Todd asked Trump about the Tweet on Meet The Press, and asked him if he was comfortable Tweeting a quote from a Fascist dictator. Trump said that “of course” he knew the quote was from Mussolini, but it’s a great quote.

Michael Hayden told Bill Maher that if Trump were elected, our troops would not be able to follow some of his orders. Hayden said that Trump has said he would order soldiers to do some things that are illegal in the United States, and soldiers would have an obligation not to follow the orders, because they violate the law.

Something to keep in mind as we move into Super Tuesday: According to a new poll, 38% of Florida voters believe it’s possible Ted Cruz could be the Zodiac Killer. Only 10% answered “yes” but 28% said they were unsure. The poll just happens to be from the same company that asked voters if they support bombing Agrabah. Just more proof that we’re through the looking glass this election cycle.

Reporter are beginning to ripple the waters that Peyton Manning will retire. The announcement will probably come this week.