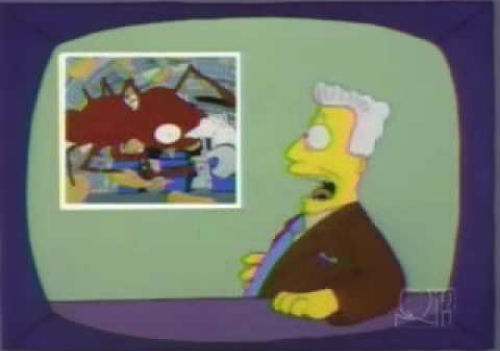 A new TV special suggests that the Astronauts on Apollo 10 heard strange music coming through their radio when they were on the far side of the Moon. That’s spooky, because the Moon would have been blocking any signals from Earth, so the music had to come from out in space. The Astronauts debated whether or not to tell NASA about it and decided not to, but it was in their tape dump so eventually NASA did hear about it. The official NASA explanation is that the radios on the CSM and LEM were interfering with each other and that’s what the Astronauts heard. They had all flown in space before though, so it seems likely they would have recognized the sound of two radios interfering with each other.

The city has seized the old Post Office building through eminent domain and will be looking for a new developer. Apparently the existing developer wasn’t moving quickly enough for the city? It’s been abandoned for so long that it might make a good place for some sort of zombie apocalypse role-playing adventure. Other ideas?

Donald Trump has now dropped the allegation that Marco Rubio is ineligible to be President of the United States because he’s “not a Natural Born Citizen.” Once again, the discussion started because he decided to retweet someone mentioning the idea. George Stephanopolous brought up the retweet on This Week, and Trump said he’s “not sure” if Rubio is eligible. He is, BTW. Rubio was born in Miami.  I would have thought that there were unique circumstances behind the personal histories of both Barack Obama and Ted Cruz that led to Trump making those birther allegations, but it turns out that’s literally his campaign strategy against EVERYONE. Are we sure Trump is eligible to be President? Where do Oompa Loompa’s come from?

The Chicago Tribune has found a photo of Bernie Sanders being arrested during a civil rights protest in 1963. It was back when Sanders was a student at the University of Chicago, protesting segregation. He ended up being fined $25.

Finally ready to find a fellow socialist and settle down to raise an army of little socialists to help in the revolution against the capitalist running dogs? Now there’s a dating website just for Bernie Sanders supporters. It’s really only a true Bernie Sanders dating website if you force someone else to pay for your date.

A lock of John Lennon’s hair sold for $35,000 at an auction on Saturday. He got his hair cut for his role in the movie “How I Won The War” in 1967. Cool or stalker-level creepy? Get ready for the debut of Clone John Lennon.

A little girl burst into tears when told President Obama will be leaving office soon. Her grandmother posted the video, and naturally it has since gone viral. President Obama has actually responded, telling her that when he leaves office he won’t go anywhere, he’ll just be a normal citizen just like her.