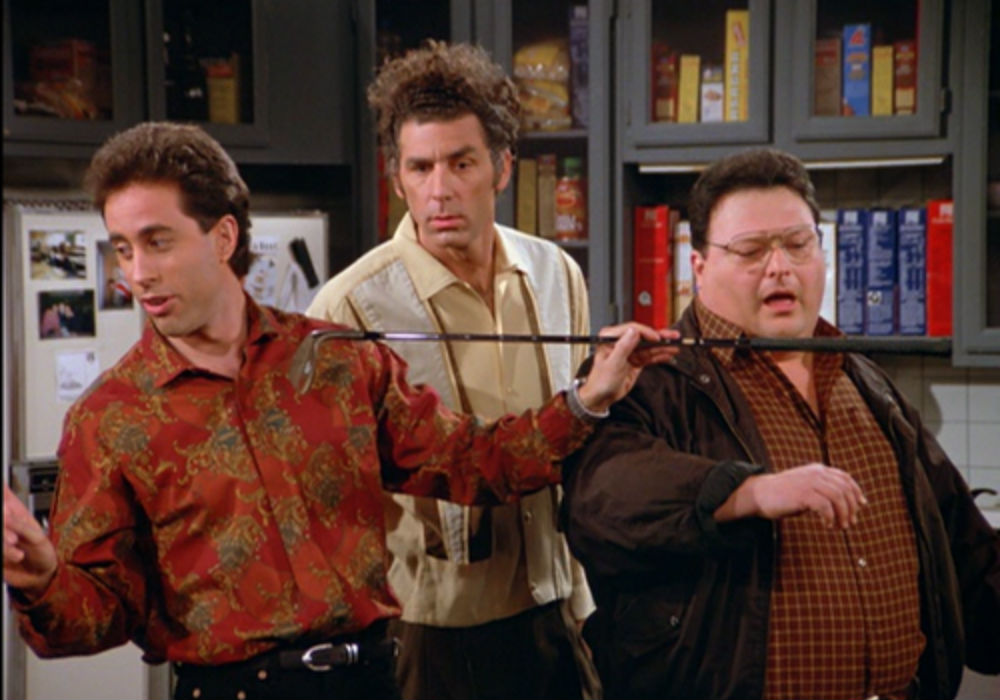 Someone successfully pranked the Amy Dickinson advice column, by asking her to weigh in on the plot of a Seinfeld episode. The writer claimed to have met and befriended a sports figure, who asked out his ex-girlfriend and then asked him to help him move. That’s the exact scenario that happens when Jerry meets Keith Hernandez. “Amy” gave no indication that she recognized the story, and said simply that the person was not being a good friend.

A jury convicted John Bills on Tuesday of all charges that he took up to $2 million in bribes and gifts in return for steering tens of millions of dollars in red light camera contracts to an Arizona company. You will however still have to pay any red light camera fines you’ve racked up since the program started.

Rahm Emanuel has released his text messages from December when there were a couple of police-involved shootings, including Bettie Jones. They seem to indicate that Emanuel is kept far more up to date on the goings on of the Chicago Police than he was during the Laquan McDonald shooting.

Donald Trump decided to ask his Twitter followers if he should participate in the Fox News Channel debate. Now he’s saying he’s going to sit it out. Trump is upset because Megyn Kelly will be their, and she is so “unfair to him.” Fox News released a statement in response, saying “We learned from a secret back channel that the Ayatollah and Putin both intend to treat Donald Trump unfairly when they meet with him if he becomes president”

Someone is selling a condo in West Ridge that actually still has all of it’s original 1970’s decor and furniture. It’s like the 1970’s threw up in a three bedroom apartment. It can all be yours for the low-low price of $158,000.

Things have taken a turn for the strange(r) for the Oregon patriots at the Malheur National Wildlife Refuge. A rather rotund individual wearing a Sumo wrestler outfit claiming to be Chris Christie’s older brother is challenging him to a Sumo match. The patriots are outraged with Christie, because he said it’s the government’s job to enforce the law.

Shaquille O’Neal told a group of people that he was “paid very well” to play for LSU in college. He said the statute of limitations was up, so he might as well come clean. He’s been known to joke around, but obviously that’s gotten some attention.

The Bulletin of the Atomic Scientists has decided to leave the “Doomsday Clock” at three minutes to midnight. They are blaming the combined dangers of nuclear weapons and climate change for bringing us so close to doomsday.

The Italian Museum decided to cover up their naked statues when Iranian President Hassan Rouhani stopped by for a visit. They say they were being respectful to customs in Iran. Before you get too bent out of shape about it, remember that John Ashcroft ordered the naked statues at the Justice Department be covered up too.

A restaurant in Rome has taken a lot of heat for establishing a rule: No kids under 5 years old allowed. It’s not just the rule, it’s the justification, as stated on a sign at the door: it blames “unpleasant incidents caused by a lack of manners.” Would you be more or less likely to go to a restaurant if they had a rule like that, complete with an explanation calling the snot-nosed punks out?

Actor Abe Vigoda has died at the age of 94. He’s famous for his roles on Barney Miller, The Godfather and for late night comedians always joking about how old he was. His last words were reportedly “Betty White survives” (Not really)