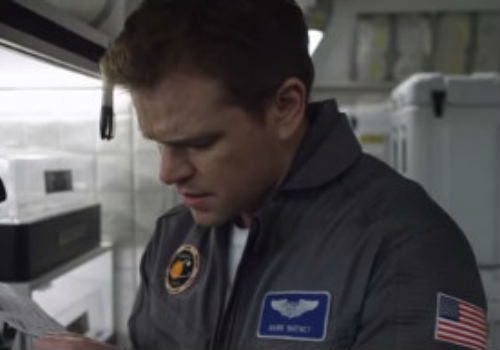 Matt Damon is starring in The Martian,  a movie adaptation of the amazing book by Andy Weir, directed by Ridley Scott. The film’s set for release on November 25th, and hopefully a full trailer is coming soon, but now getting we’re our first official look at the film, courtesy of a “viral” promo video. As an added bonus, he’s from Chicago and a Cubs fan.