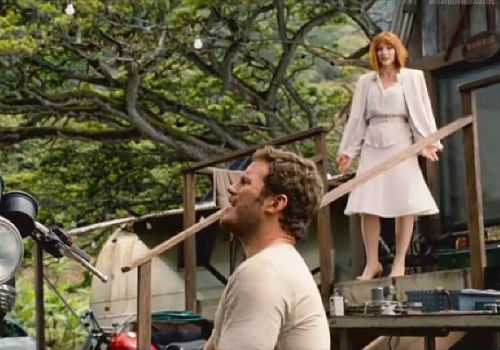 MTV has released the first clip from Jurassic World. It features Chris Pratt and Bryce Dallas Howard‘s characters arguing the ethics of creating dinosaurs. So, just like in the real world, the characters of Jurassic Park keep having the same debate over and over.

Interestingly, Joss Whedon has taken to Twitter to express his dismay at the clip. He says that it seems to rely on some nasty female stereotypes. Just to give us something new to debate.