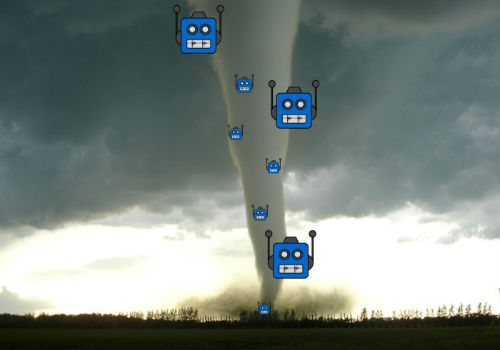 Snarknado – #1: Where Everybody Knows Your Name

Jessica Curtis has worn many hats in her life: Radio producer, elected official, professional wood chipper and now podcaster along with Keith Conrad. Walgreens had decided to drop their “Be Well” campaign, and they are replacing it with something much more creepy. Plus, SyFy is continuing their strategy of combining animals for their new movies.

Jessica Curtis is a sophisticated, scotch-swilling, cigar-smoking, red-meat-eating, gun-toting New Yorker. Keith Conrad is a Chicago native, Cubs fan, space geek and a lonely beacon of restraint and self-sacrifice in a squall of car-crazies. Each week they talk news, politics, pop culture and the various ways the world has disappointed them in the last week.

Snarknado – #1: Where Everybody Knows Your Name
Episode 24