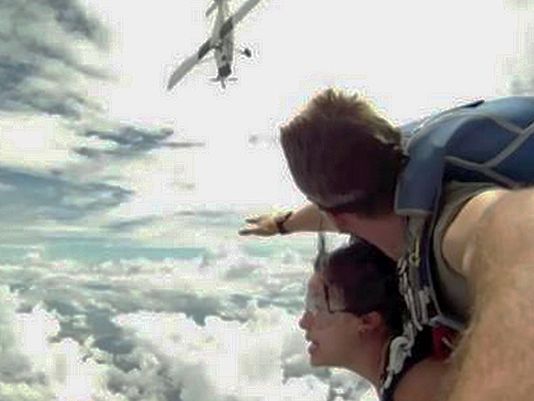 A man and his skydiving partner were lucky enough to just barely escape disaster. After the two jumped out of their plane and were free falling, the pilot dove the airplane 180 degrees directly at the two. According to some Redditors, some pilots like to “dive bomb” after their last skydiver is out of the plane; it’s part of a personal challenge to land before the skydivers touch down on the ground. They were just feet away from being hit, but thankfully no one was injured.