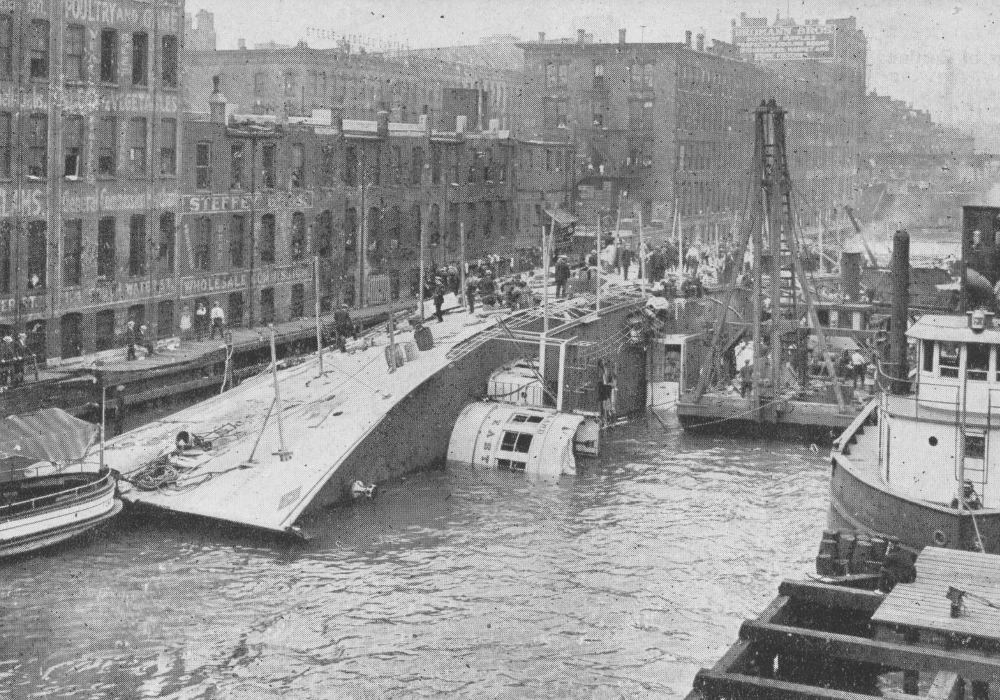 A graduate student at the University of Illinois at Chicago came across the first-known film footage of the Eastland disaster while doing online research. The footage was found while searching a Dutch museum archive collection. The 55-second clip was part of a 14-minute film about World War I.

For those of you who aren’t aware, the Eastland is known as the Titanic of the Great Lakes. The boat capsized on the Chicago River on July 24, 1915, killing 844 people. Ironically, some think the ship may have been top heavy because of all of the added lifeboats the ship was carrying in response to the Titanic disaster.

The Eastland Disaster footage begins at the 1:10 minute mark in the video below: