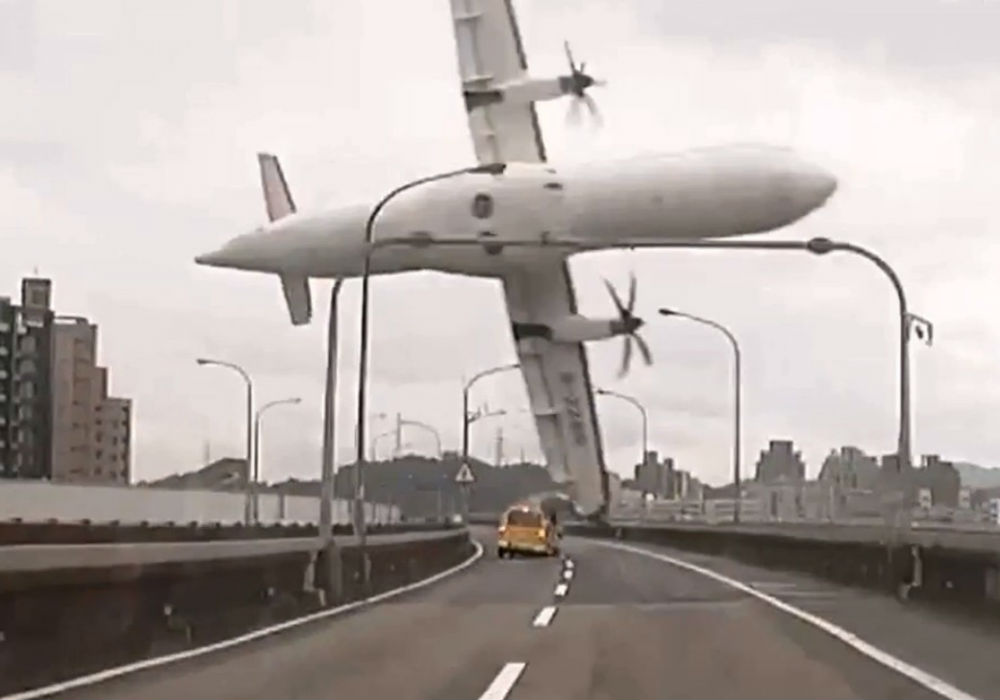 Taiwanese drivers have captured the moment TransAsia flight GE235 crashed into a river near the country’s capital city of Taipei. The footage shows the plane, a turboprop ATR-72, rolling sharply to the left as it descends over a road. TransAsia Airways has confirmed that the plane carried 58 people — five crew and 53 passengers — and that at least 13 people died in the crash.