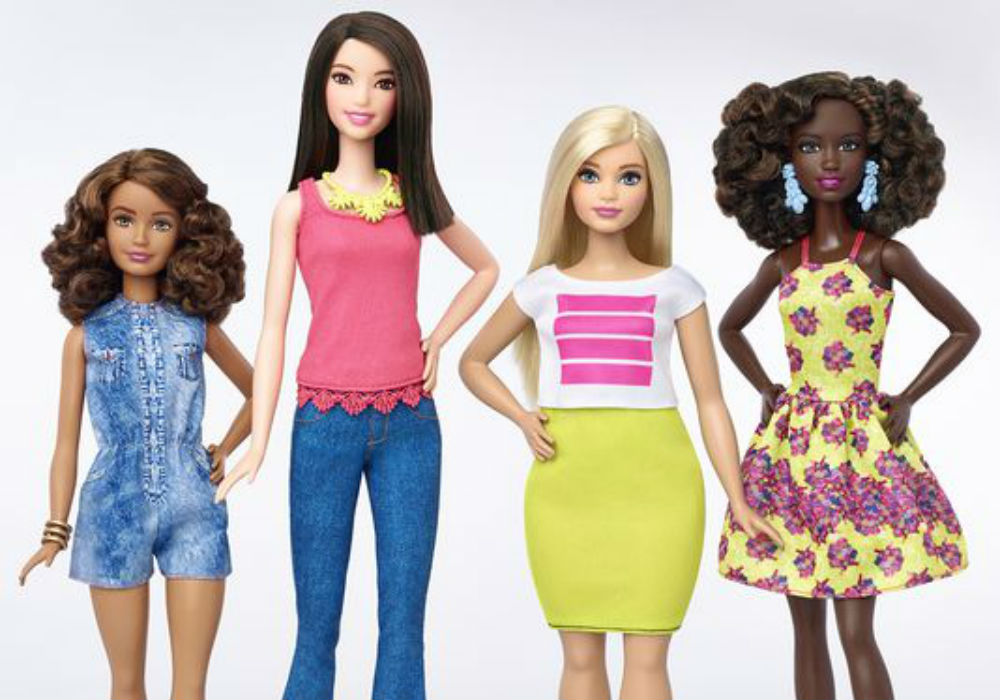 Mattel has announced that they are launching a new line of Barbie dolls that will be more realistic than the original stick-thin doll.Barbie will now come in original, tall, petite and curvy. The dolls will actually come in four body types and seven skin tones, with 22 eye colors and 24 hairstyles, 33 different dolls in all. So which would be more damaging to a young girl: Having a doll that looks rail-thin or being given one of the “curvy” dolls and bring told that’s the one that you should have?

Chicago Police were doing pretty much everything they could to get around their dashcams. According to a new report, officers stashed microphones in their squad car glove boxes. They pulled out batteries. Microphone antennas got busted or went missing. And sometimes, dashcam systems didn’t have any microphones at all. Do you think they were actually trying to get away with something or just uncomfortable with being on camera while they were working?

How would you like to gather your family together and put together a puzzle that will teach you an important part of Chicago history?A new Kickstarter campaign wants to create a puzzle of the H.H. Holmes house. It shows all of the rooms, secret passageways and torture chambers. Cool or creepy?

A 78 year old woman from Northbrook took a final parting shot at Bears quarterback Jay Cutler in her obituary. It said: “She was a woman of loyalty, integrity, opinion, curiosity and intelligence. A lifelong fan of the Cubs, Blackhawks and Bears (except Jay Cutler).”

Washington Post columnist is taking kids to task for not doing things like shoveling snow anymore. Back in her day, it was a great way to make a few extra shekels. Now though, kids just want to stay inside and play video games.

The Huffington Post decided to add a little note to all of their Donald Trump stories explaining how they really feel about him. It reads: “Note to our readers: Donald Trump is a serial liar, rampant xenophobe, racist, birther and bully who has repeatedly pledged to ban all Muslims — 1.6 billion members of an entire religion — from entering the U.S.”

Mike Huckabee has made a powerful enemy. Adele’s people are none too pleased about his parody of “Hello”

The owner a tattoo parlor in Seabrook, New Hamshire is offering free tattoos to anyone who gets a Donald Trump-related tattoo. It can be his name, slogan or even a picture of The Donald. Fast forward a few years, what do you do if you’re an employer interviewing someone for a job and you see someone with “Make America Great Again” tattooed on their wrist?