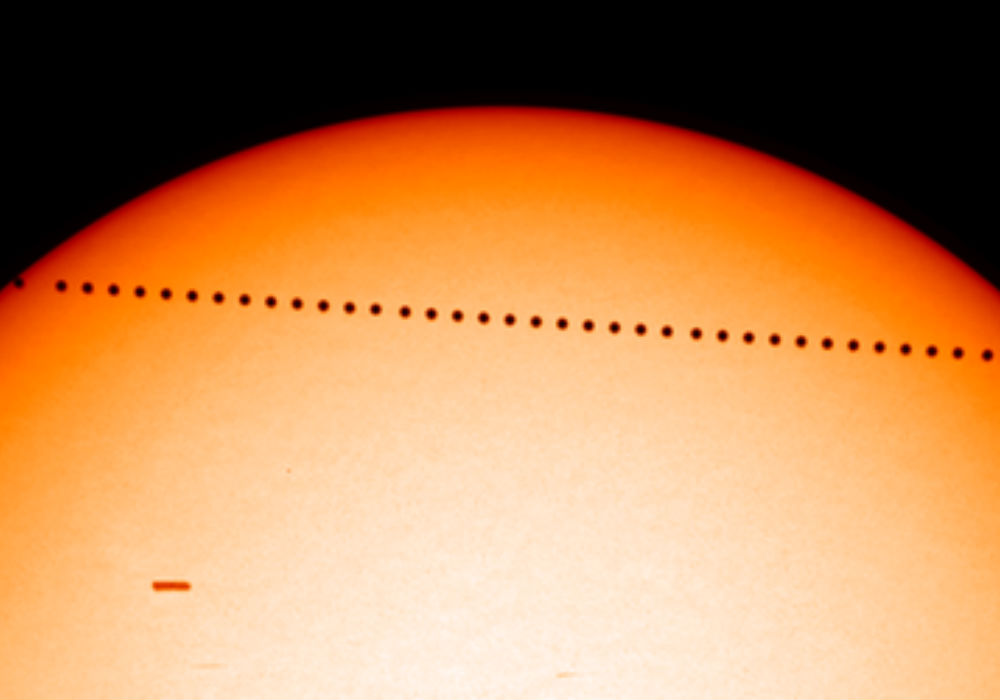 On Monday the planet Mercury will wander directly in front of the sun — a rare “transit” that only happens about 13 times a century. Most people in Europe and North America should be able to view the event through a telescope or binoculars, weather permitting. You can also catch the show live on the astronomy website Slooh.com, or via live streams from the European Space Agency and NASA’s Goddard Space Flight Center in Maryland. (Instructions for building a solar filter for your binoculars.)

The Chicago Police Department will be deploying 2,000 additional body cameras in seven police districts by the summer. Chicago Police currently use about 30 body cameras in one district on the Northwest Side, and complaints about police officers are way down so Eddie Johnson says it will help increase public trust. Dean Angelo still isn’t thrilled with them, basically saying that it won’t help protect officers if someone attacks them. (How about we put a “body camera” on John and broadcast it on Periscope?)

The Cook County Jail was placed on lockdown Sunday morning due to low staffing levels. The lockdown is “for officer safety,” allowing inmates to move only for medical reasons, emergencies and visitation. Hire some part-timers, folks.

Finally, you can express your disgust with all of your options in the 2016 Presidential election. A new website is selling yard signs that read “Everybody Sucks 2016.”

SNL started off with Ted Cruz vs The Church Lady, and it was amazing. She actually introduced him as “Satan.” She also talked to Donald Trump and Hillary Clinton.

Oops: A high school in California is apologizing after they misidentified a young Muslim student wearing a hijab as “Isis”. The yearbook has already released a statement saying it was an accident but the student, who has asked that their name not be released yet, is less than convinced.

80 year old woman in Washington state shot and killed a home intruder. The man appears to have been a burglar and had already beaten her husband with a crowbar. She says she’s “not your typical granny,” which probably goes without saying.

Sharon and Ozzy Osbourn are calling it quits after 33 years of wedded bliss. If a love like that can’t last, what hope is there for the rest of us?