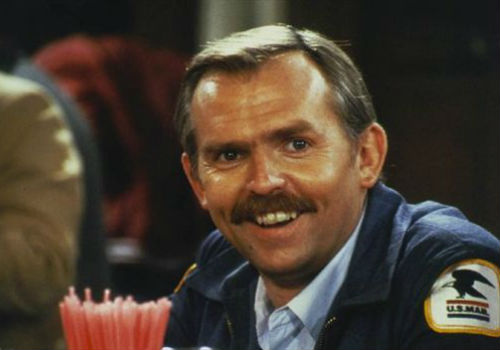 A man identifying himself as an official with the Virginia Department of Transportation pranked a TV news team in DC. It started off alright, with the man talking about the efforts of the DOT in the face of the snowpocalypse, but then he mentioned his “drug dealer and prostitute were on the way and they couldn’t get it delivered.” Much like the guy who talked to CNN about “Edward Scissorhands” instead of “Edward Snowden” the news anchors just kept talking to the guy, not even listening to what he was saying. They let him get out three different references to his drug dealers and prostitutes being stuck in the snow and never identified him as a fraud. They just wrapped up the interview and kept talking about the snow. PRO TIP: If someone claiming to be from the DOT calls you *wanting* to be on the air, they aren’t really from the DOT.

Rahm Emanuel says the Red Light Cameras are here to stay, despite the fact that everyone associated with them seems to have been corrupt. At the end of the day, the technology isn’t responsible for the fact that the people who installed/run them are jerks. Plus, it generates money for the city.

Admittedly uber-left publication Mother Jones has a pretty amazing piece on Ted Cruz. People don’t just dislike the guy, the hate him with the fire of a thousand Suns. Seriously, it’s everybody who has ever met that Canadian scumbag.

End of the World Update: A religious group that once held a 24-hour prayerathon to prepare people for the end of the world has endorsed Cruz. You can’t really control who endorses you, except Cruz decided to feature the statement on his website. This same pastor also once said the Holocaust was a God-sent punishment for the Jewish people. Maybe do a Google search before you post the endorsement on your site.

Remember the University of Missouri professor who wanted some “muscle” to take care of a reporter during the outrage over their President not doing enough to stop things that may or may not have happened? Yeah, she’s been charged with 3rd degree assault.

Donald Trump sat down with Wolf Blitzer on CNN on Monday. First of all, he said that has joking with the whole “I could shoot someone” line and says “everybody knows” he was joking. He went on to say that Jeb Bush has “disgraced himself.” He also said that he’d like to see Michael Bloomberg get in the race because he would “love the competition.”

Hillary Clinton had a coughing fit during a speech in Iowa on Monday. It lasted over a minute. After Marco Rubio’s swig heard round the world, a staffer thought to have some water within arms reach. But sadly it was to no avail.

At any given moment there’s probably a drone flying over you, watching everything you’re doing. The FAA says that 300,000 people registered drones by the deadline in December. That was before Christmas, so you’d have to think that’s gone up a bit.

Niagara Falls could run dry within the next couple of years. No, it’s not some side effect of global warming or El Nino, they would intentionally stop the water so they could replace a couple of 100 year old bridges.

A Pittsburgh woman was in a bit of a sticky wicket when her furnace broke just as her husband was deploying with the National Guard. So she called a repairman, who came and fixed the furnace. They chatted while he was working, and she happened to mention her husband was deployed. She was surprised when she got the bill and he only charged her $1. He called it the “deployment discount.”

An East Chicago councilman was sworn into office behind bars. He is in custody on murder charges, but was ran unopposed in November, so he was re-elected.