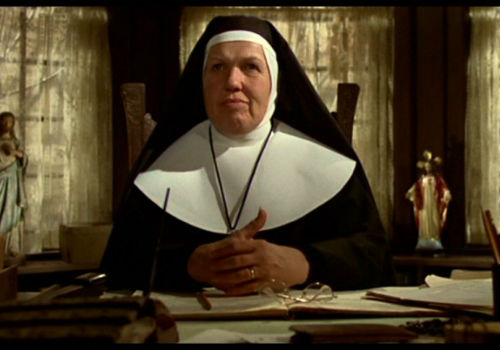 A school in North Carolina  has banned teachers from using the word “Please.” Basically, they believe that using “please” makes what the teacher is asking the student to do seem like a friendly request, they want the student to view it as a command instead. They say it leaves kids with zero room for misbehavior and children are celebrated and singled out for following the teacher’s commands.

Metra will now officially allow you to bring your pets on trains on the weekend, provided they are behind bars. The policy had been in the trial stages since October. Metra said it received only three complaints during that time. Only small pets in enclosed carriers will be allowed on the trains and the pets must remain in the carrier for the entire ride.

The Cubs and Ryne Sandberg are reunited and it feels so good. He’s signed on to be an “ambassador” for the team, in what is clearly a vain attempt to make sure that he’s associated with them when they win a World Series, so he can get a ring.

Donald Trump had a new theme song at a rally in Phoenix on Thursday. A trio of little girls sang catchy little number about Trump “dealing from strength” and “taking down” enemies of freedom.

Oops: Donald Trump took to Twitter and demanded Iran release our Navy crew hours after they had already done so. The Donald is a busy man, he can’t be expected to keep up with details like that.

Al Sharpton is all upset about the Oscar nomination being as white as the virgin snow. He said “Hollywood is like the Rocky Mountains, the higher up you get the whiter it gets.”

A new lawsuit claims the phrase “In God We Trust” on U.S. money is unconstitutional, and calls for the government to get rid of it. As you might imagine, Atheist to the stars Michael Newdow.

Daily Dose of Confederate Flag Outrage: Someone paid an airplane to fly a Confederate flag over the GOP debate in South Carolina. It also had a sign with the slogan “No votes for turncoats” which is the slogan of a group outraged by all of the outrage over the Confederate flag. So in this scenario, who are the turncoats?