The city of Chicago might soon be fining people as much as $500 for failing to pick up dog leavings on their property. The fines would be daily. They are trying to do something about the big spike in rats in the city. Plus, they also have to make up for the money from the red light cameras somehow.

President Obama touched down in Cuba on Sunday. It’s the first visit to Cuba by a US President since Calvin Coolidge in 1928, and he took a battleship instead of an Air Force 747. The White House is saying Obama will meet with Raul Castro, but won’t be meeting with Fidel during the visit.

Just in time for President Obama’s visit to Cuba: Airbnb will now allow people around the world to rent places in Cuba. It’s been available for people living in Cuba for a while now, and has become their fastest growing market with about 4,000 homes added over the last year. How anxious would you be to stay in a private home in Cuba? That seems like it would have disaster written all over it. Big John Howell challenge: Would you rather rent a house in Cuba on Airbnb or a house on the south side of Chicago?

Jerry Reinsdorf has released a statement on the Adam LaRoche saga. He blamed miscommunication for the whole thing, and said it could have been handled better but no one person deserved any blame for it.

The US Air Force is investigating 14 guards at a nuclear weapons site after they were accused of using illegal drugs. The good news is they don’t actually control the missiles, they just guard them. If you want to call that good news.

Some terrible person in Iowa left their waitress a note reading “Tips are for normal-looking people” instead of a tip. She has purple hair and a nose ring, neither of which seem all that note-worthy these days. Also, she works at a place called “Zombie Burger” so it seems like that’s the wrong place to wage a battle against individual expression through hair coloring and piercings.

A man sang an original Adele-inspired apology song to the judge at his sentencing. He was being sentenced for unlawful imprisonment and carrying a concealed weapon, generally that’s probably a little too severe to get off with just an apology, even if it’s sung in a hauntingly beautiful manner. He asked for 36 months, but got 17 years in the slammer.

This year’s viral superstar from the NCAA tournament? The saxophone player from Kentucky who was sobbing uncontrollably after their loss to Indiana. Call me a Tear-Truther, but after two straight years of this being a thing, I assume she had to have been crying intentionally just to get some Internet fame.

A guy in New York has started dressing up as Donald Trump and letting people do things to him for a fee. You can punch him in the gut for $5, trample him for $7, throttle him for $10 and pee on him from $300. Or you can also just get your picture taken with him for $2.

Donald Trump picked up the crucial Chachi endorsement over the weekend. Scott Baio said that he’s endorsing Trump, because “He speaks like I speak. He communicates with people very well.” and “We need somebody to relentlessly, relentlessly attack Hillary. And that’s the only way we’re going to win.”

Donald Trump wonders if Mitt Romney is really a Mormon.

An anti-Donald Trump protester in Kansas City was arrested over the weekend after she slapped a police horse. I say throw the book at this woman. The horse has no idea who Donald Trump is and shouldn’t have to deal your abuse because of him. Mongo was unavailable for comment. 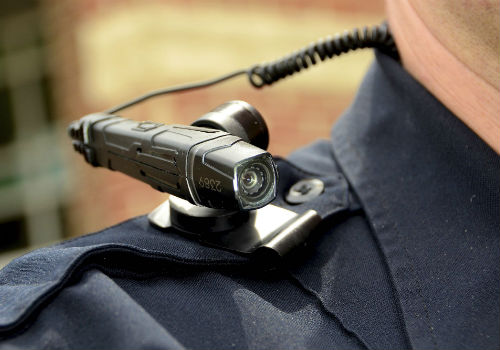 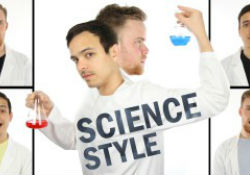 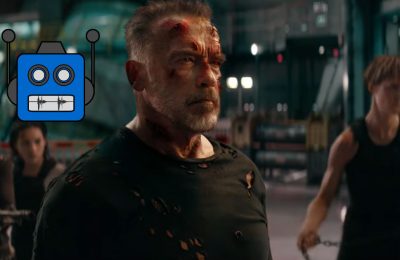 Geek/CounterGeek – #145: Does The Terminator Franchise Have A Dark Fate?